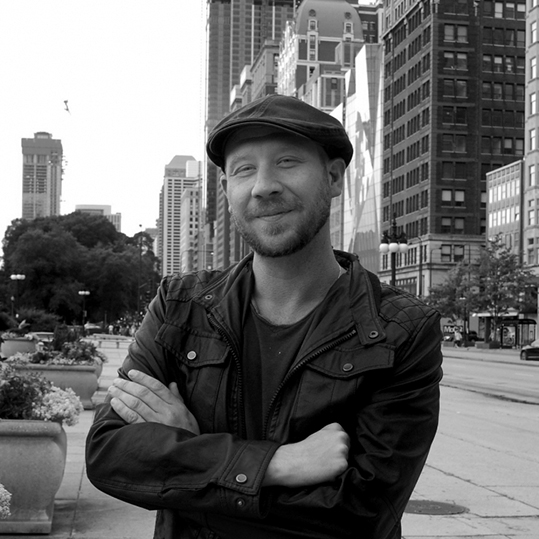 SAMUEL DU BOIS was born in Chicago and raised near the Gary steel mills. As a teenager he mopped up cow and pig blood from the floors of a butcher shop. At a fast food restaurant, he worked the register when a robber put a gun to the back of Samuel's head. At an old indoor swimming pool, Samuel was a lifeguard. He read novels and poetry while swimmers did their laps at five in the morning. When he was 21, he started teaching in an adult literacy program in classrooms that had once been motel rooms.

Samuel won the Nopales con Cielo Award for non-fiction and fiction which brought him to La Union, New Mexico. Later, he'd win The Friends of American Writer's Scholarship. Samuel was a columnist at the University of Illinois at Chicago newspaper and earned an MFA in Creative Writing from Columbia College Chicago where he studied under Jenny Boully and Aleksander Hemon. He is the cofounder and editor-in-chief of Coordenadas Magazine which publishes new and established writers, photographers and artists from around the world who now call Chicago home. He is writing two different works of narrative nonfiction – one about the trainline running through the industrial northwest corner of Indiana to Chicago, where residents simply call it: The Region; and the other about the dangerous yet beautiful city of Juárez, Mexico.

Samuel's writing influenced by The Painted Bird by Jerzy Kosiński, Another Bullshit Night in Suck City by Nick Flynn, People on the Bridge by Wislawa Szymborska, the poet Nicanor Para, and Roberto Bolaño. He peels away all defenses and pretenses, and peers into how life is lived and ended, intimately.